Entry at the time of the breakout of the box of the set time zone last time
"Box breakout order success story'
I introduced the article of the automated trading tool.
In addition, in order to avoid trickiness, it is characterized by entry filtering using technical techniques called MACD and ADX.
This time from sundy who is a heavy user,

We have received a great review that the product has been used for about a year and made a considerable profit, so we hope that it will be helpful to existing users or users who are planning to purchase in the future, and we quote it below. Masu (partial excerpt). —– It's been almost a year and a little less than four months since I bought Kokokara Order-kun. During that time, the following results (results in real accounts) are shown. July 1-December 4 + 2015pips + 7pips/month January 2015-October 12 +3490pips +581pips/month This is a very good result. I regret why I didn't make the lot bigger... Of course, this trade also includes pound yen + 2016pips and pound dollar + 1pips. Also, when we have a loss in valuation, we also do a numbering, and we decline that it is the result of including all such (multiple positions). Even if asked to do it again, I'm not confident of achieving the same result. For the first year from here, rule out that area and get a bigger amount! I have set a goal. —– Coco-Made *See the URL below for details. http://fx-on.com/review/detail/?id=7849

So far we ’ve released a lot of automated trading tools,
For me, I think that the automated trading tool "Box Breakout Order-kun" is a masterpiece and a self-confident work.
This time, it is a developer's interest to contribute to sundy's trade profits ^^.
If you are trying to enter using the box breakout method at your discretion,
You have to stay on the chart all the time,
I think it is a lot of time lost and not good for your health.
Recommended for traders who want to trade efficiently using the box breakout method. 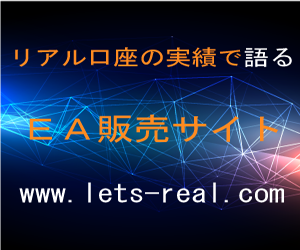