◎ Added 2015 / 8 / 19
Currently, the “GO in Employment Statistics” strategy'Breakout"V4.0" is planned to be upgraded so that you can select the "Den function" as an option.

This function is aimed at gaining profits in total positions,
Although it is for advanced users,
We believe that various strategies can be developed for indicator trading. ◎ Additional parameters
UseDotenMode: 1 to use the turnover mode, 0 not to use. Default 0.
CloseDotenTicketMode: A method for closing a turnover ticket when the turnover source ticket is settled alone. In the case of 0, the position that has been built and the order will be closed. For 1, close only the order. In case of 2, it will not close. Default 2.
-DotenRatio: Multiple of position to doten. Default 2.
TrapIntervalPipsDoten: Doten stop limit interval pips. Default 10.
・ ProfitPipsTotal: If the profit is more than a certain pips in total, including the lost positions, we will settle. Default 0.
・ LosscutPipsTotal: If the total loss is more than a certain pips, including the reversal position, it will be settled. Default 0.

We aim for profits when we announce economic indicators such as employment statistics and policy interest rates. Implemented a trailing function after securing profits. 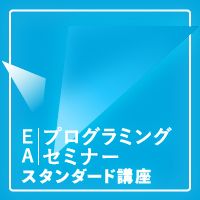